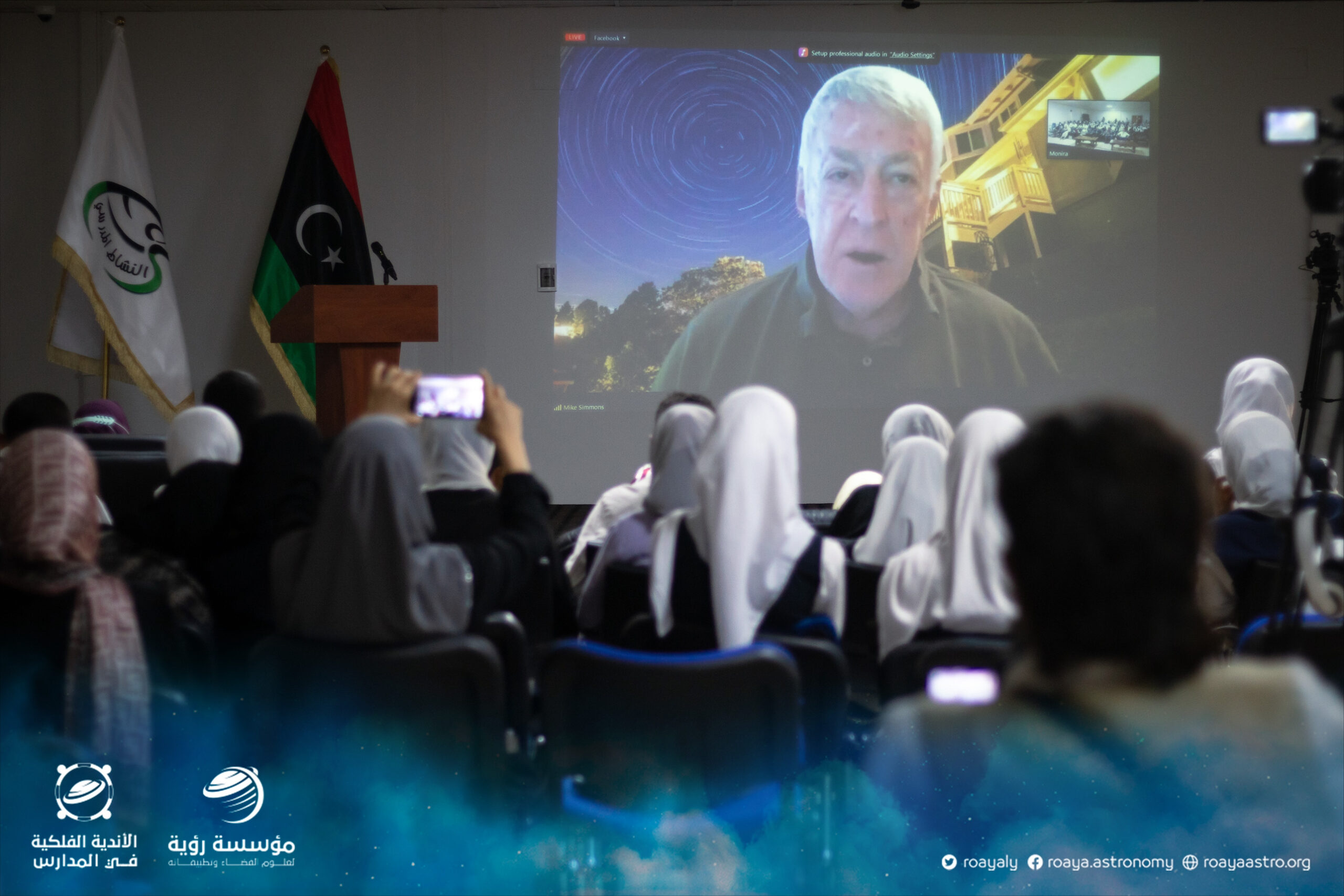 It may be something you see or hear, something someone else says or does, or just out of the blue. You might find inspiration in quiet moments of reflection, an “aha” moment. You can’t predict when or where it might happen.

But learning you’ve inspired others can be an even greater surprise, and delight. Amateur astronomers doing public outreach know they’re inspiring young people interested in science, but the fruits of that labor may be realized years later, far from where the spark – the first view of Saturn’s rings or the Moon’s craters – took place. Public outreach practitioners or organizers rarely get to hear stories of their successes. Their work is largely a leap of faith.

I’ve been extremely fortunate to hear a few of those stories. Years ago, operating the 12” Zeiss refractor at Griffith Observatory in Los Angeles for the public, a middle-aged man handed me his card. Not wanting to interrupt my discussion with others, he’d written a note on the back letting me know that his first view through that telescope years earlier had inspired his choice of a career in science. He didn’t become an astronomer, and I wasn’t the one on duty that night in the distant past, but it reinforced in me that the visitors I was talking to may find that spark of inspiration, maybe that very night.

But there are personal stories, too, and they come as a real shock to me, and an inspiration. A friend from Nepal, a graduate student in astrophysics in the US, came to me during an astronomy conference and said he’d seen me and told his graduate advisor, “There’s the guy that got me into astronomy!” I had no idea what he meant, but he explained that years earlier, as an undergraduate, he had written to several people from his home in Kathmandu asking how he could follow his dream of becoming an astronomer. I was the only one who replied.

I had no words of wisdom for him, and I told him it would be very difficult, but I encouraged him to try. It was a dream, but it was possible to achieve it. Simple words but that little bit of encouragement was apparently enough for him to try. I had no idea. He’d never told me this before. I get many similar emails, and most never make it, but a few do. That’s why I reply to all of them. Did the others who didn’t reply know they could have had that big an impact on this young man?

In 50 years of outreach and education, there have been only a few more precious experiences like that. A colleague in Nigeria whose work I greatly admire mentioned at a conference that their programs happened because of me. How could that be? She had also written to me years earlier for support, and I replied with support and encouragement. This team of exceptional people just needed a little push to know they would succeed, a spark of hope. That spark might have come from anyone.

An exceptional 11-year-old boy I met in Iran showed me the work in astronomy he’d done, and I wrote about him in a post for Astronomy magazine during my travels. Almost 20 years later, we reconnected, and I learned that the words of encouragement of a visiting US astronomer stay with him and inspire him still. Could anyone have expected that?

When I left Astronomers Without Borders, I received comments from people around the world saying I’d inspired them. This was the biggest shock of all! People I’d never met or even talked to. I have no idea what I did that could have made a difference to them. It’s like a dream, just too unreal to be true. I flush just thinking about it. Really? Like sidewalk astronomers, all it took was to be out there. I just happened to have a larger stage. But what we do – all of doing outreach – really does matter.

This is why I continue to work to help others, especially those who have fewer opportunities. It’s always a leap of faith, but that faith is backed up by at least a few real-life experiences. We know astronomy can change lives, and we know the moments we create can inspire others. This is why I’ve created Astronomy for Equity, to focus on those who dream without hope, who long for a path they can’t see. I feel an obligation to do what I can, because I can.

I have also found inspiration for what I do in unexpected places. These stories – and the people who surprise me with them – they are my inspiration. This isn’t what I expected. It’s always been a leap of faith, believing we are making a difference. These few stories reignite that spark in me again and again. They are my “Aha” moments, a spark out of the blue. I am eternally grateful to so many people for being my inspiration to do what I do. It’s a gift. One I’ve never spoken about before now.

To all those who take that leap of faith – the amateur astronomers and educators taking your telescope to the street or sharing astronomy with others – keep at it. You are making a difference, whether you know it or not. Keep inspiring others, paying forward the spark that inspired you.

Be a part of it – Donate today.

“Education is the path to a bright future.”
—Tanzanian proverb

"Astronomy for Equity will bring the sky to those who need it most..." - Phil Plait

"Astronomy should be for everyone. That's why we should support Astronomy for Equity..." - Frank White